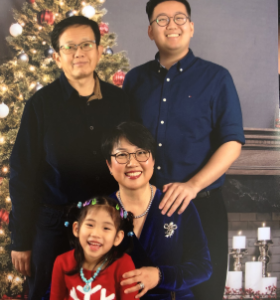 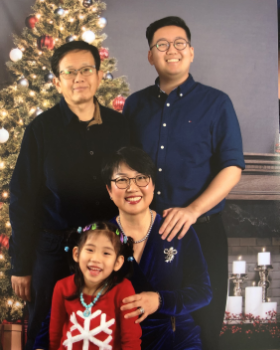 I am delighted to introduce our daughter who smiles all day – Jeeah – to you. We welcomed Jeeah to our family with our hearts and arms wide open when she was just over one year old. Before we met her, Jeeah had not been taken care of properly as an infant, which led to some developmental delays. It is hard to believe that it has already been over three years since this baby who wouldn’t stop crying became a part of our family.

We felt that Jeeah was such a gift from God as we have learned the preciousness of life from trying for 10 years to have our first son. When we first met Jeeah, she was stubborn with no expressions, and she appeared to have deep emotional wounds and had some behavioral problems. However, she is making consistent progress with our unconditional love and continuous education.

Jeeah is very curious, and she is eager to learn. Playing piano and swimming are her favorite activities. She recently started Taekwondo and boxing to learn balancing and self-discipline, and we are seeing a great improvement in her behaviors. She would sing and dance all day, and she might appear to be shy, but loves having guests over at our home. Jeeah has become such a daddy’s girl, best friend to her older brother, and affectionate daughter.

When Jeeah started kindergarten, she had difficulty concentrating in her class, and she struggled to make friends. She was also misunderstood to be a violent child because she often reacted physically to situations due to her verbal delay. Jeeah has been working hard in her speech therapy, and she has become more verbally expressive and improved her comprehension ability.

I am so grateful for CIDA, and I would love to be more helpful at CIDA. CIDA staff members joined Jeeah’s IEP meeting and advocated for her rights, and CIDA’s support and guidance have been a tremendous help to us. I wish more parents knew about CIDA, so that they could access the information and support from CIDA. I look forward to participating actively in CIDA fundraising opportunities and community events with the hopes for more parents and children to be supported by CIDA. 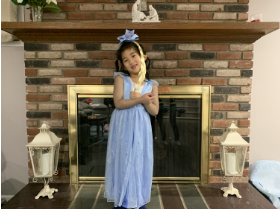 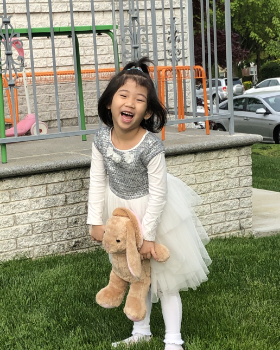